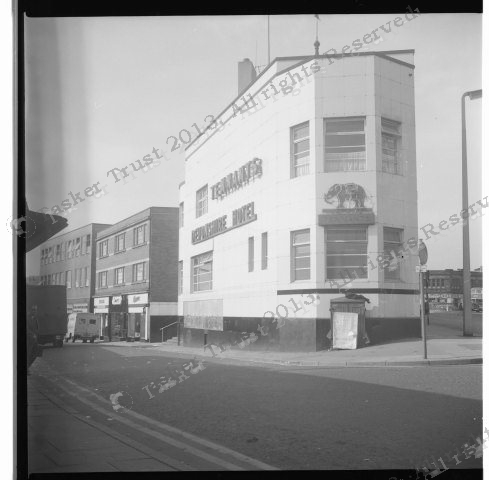 Taken at the same time as the previous image, the Devonshire Hotel occupies a the corner with Eldon Street, and has a distinctive facade, with its Clarksons/Tennants brewery elephant an interesting feature. Publicans during the Sixties included Albert Gillman, Stan Lockyer and David Drury. Name-changes of this pub post 1990s include The Eldon, The Beer Engine and The Chatsworth, the latter a nod towards the original Devonshire, named after the famous aristocratic family long associated with Chatsworth in Derbyshire.