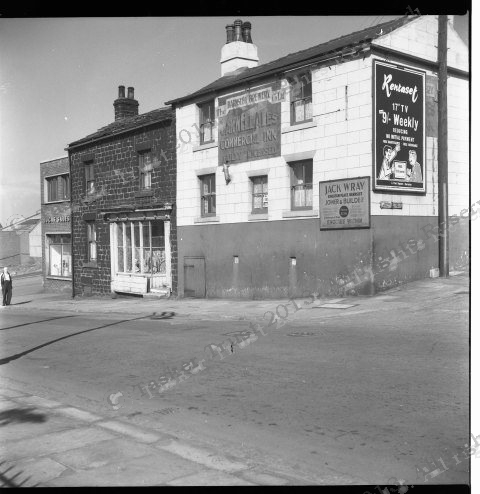 This 1960s image of the Commercial Inn can be usefully compared with an older example, shown on page 100 of Barnsley Streets (vol 2). The early building had dual flights of steps leading to the central entrance door, now clearly blocked and removed in this image. Note the old properties attached to the lower side of the inn. The inn was first licensed in 1825 and continued to function until 1953, Jane Shaw its last host. The building was used for residential and commercial purposes (Jack Wray: joiner and builder for example) prior to demoltion in the 1970s.