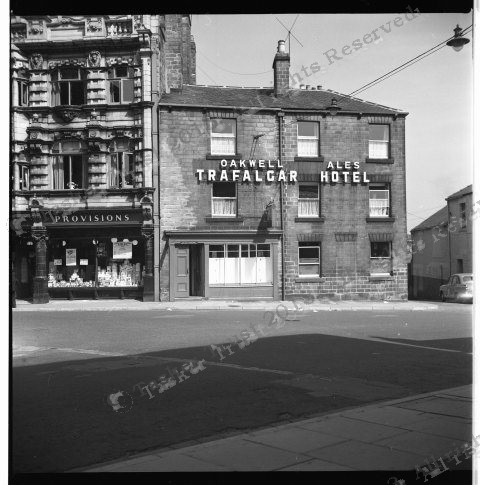 The Trafalgar Hotel stood at number 33, with a 3 bay/ 3 storey frontage that included its main entrance to the left, partly converted as a shop. Note the old blocked entrance door on the right. It was a Barnsley Brewery house in 1960 as shown by the Oakwell Ales signage. The Trafalgar closed in April 1961 a few months after this image was taken but had its origins in the 1840s. 'Trafalgar' became a popular pub and inn name after Admiral Nelson's famous naval victory in 1805.