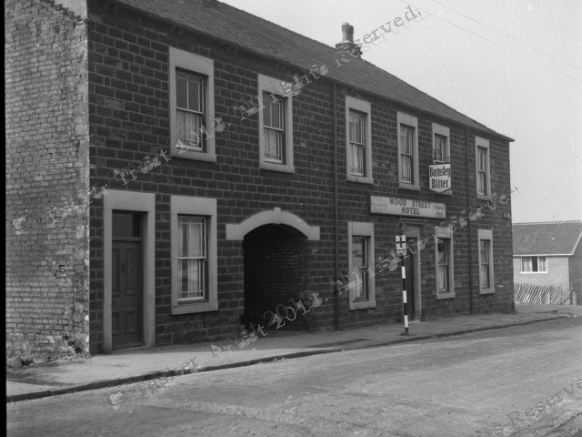 One of two public houses along Wood Street. It survived the Woodman Inn (closed in 1929), functioning until 1966, about the time that this image was probably taken. A full list of former publicans, from 1868 to 1966 can be seen by reference to Vol 2 of E.G. Tasker's 'Barnsley Streets' (p.103). The hotel was well-built in brick with a smart stone facade incorporating tall sash windows, each set in ashlar. Tall entrance door. Residential and guest accomodation probably in at least 6 rooms. A former Barnsley Brewery house: see the hanging sign and 'Oakwell Ales' advert on the centrally-placed boards.