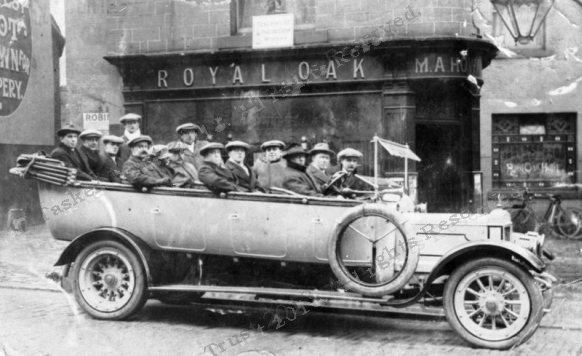 A charabanc carrying more than a dozen passengers is ready to embark from the Royal Oak Hotel in about 1913 when Mary Ann Howarth held the hotel licence. The seemingly all-male contingent may have been bound for a football match. Headwear in the form of caps and hats was both fashionable and necessary aboard open vehicles such as this example. The Royal Oak was demolished in about 1972 to make way for the construction of a new Woolworth's store. Previously it was rebuilt in 1929. The last publican was Frank Dyson (1954-62), the building probably remaining empty for ten years afterwards, prior to demolition.