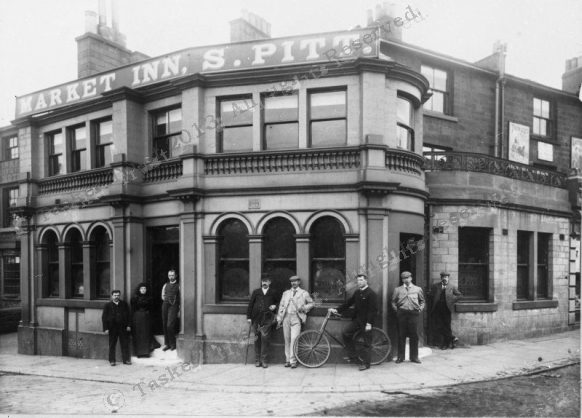 Excellent early c.1890s view of the Market Inn, with 'S.Pitt' the licencee's name prominent: perhaps he can be seen at the doorway. Well-dressed locals also appear, happy to pose for the camera, including one chap with his bycycle. Sam pitt was publican from 1870 to 1898, though it is possible his name may have been left in place (and therefore it was a later image c.1900) as he was succeeeded by two Henry Pitts, who were 'in charge' from 1898-1916. The facade of this inn was changed considerable in later years prior to closure and demolition in the late 1960s/early 1970.