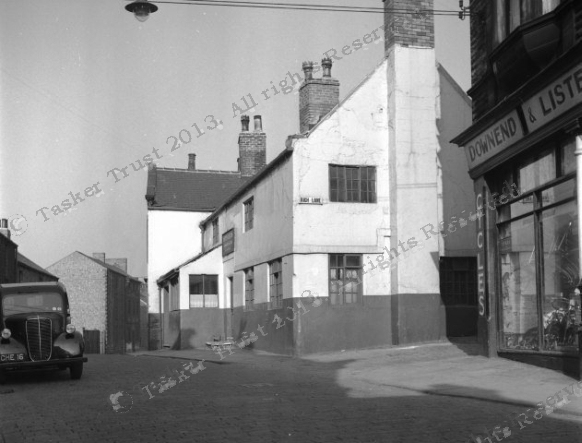 Downend & Lister's cycle shop occupied the old Marsland bakery shopin the early 1960s, close to the Rich Lane entrance and beyond the Lane stood the Old Windmill Hotel. The lane may have got its name from a a former licencee, a William Rich in 1822 and a Mrs Rich was in charge as long ago as 1717. This old pub, probably named after the town windmill, ceased functioning at the start of the Second World War but was used by the British Legion in the 60s. Shambles Street once had many historic buildings.