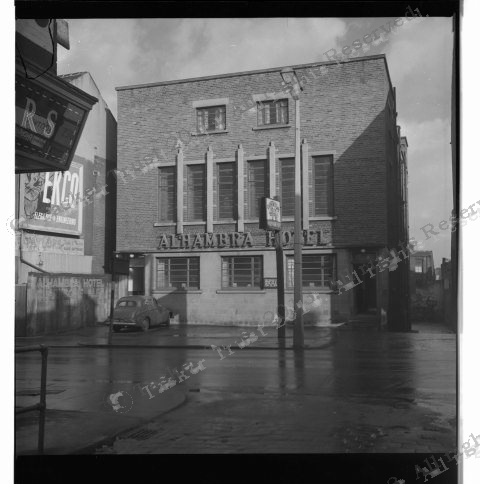 The Alhambra Hotel was established during the Second World War, mainly of brick and faced at its lower street level by stone. The central windows, tall and modern-looking were striking features. This pub was probably named after the Alhambra Cinema nearby; but prior to 1941, and as an earlier building and style the site was occupied by the Melbourne Hotel (c.1873-1941). And even earlier, from the 1830s the mainly Victorian Black Horse Inn traded from here. The Alhambra, a Clarkson Brewery house, closed in February 1972.