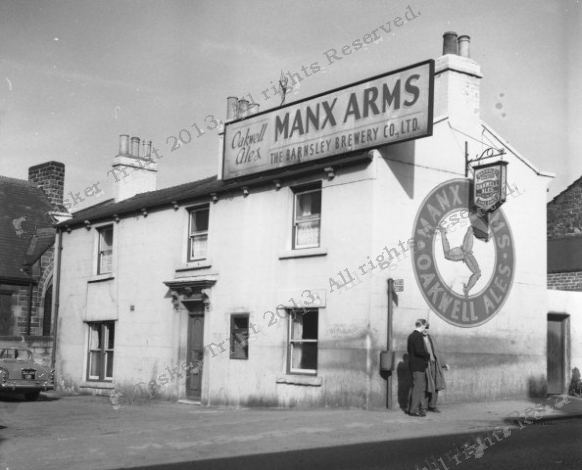 The Manx Arms, sited just above the Ebenezer Chapel, has its frontage facing the town, an indication of building with some history, established before many nearby propertie, including the church. It functioned as The Manx from 1875 and for an earlier albeit short period (1863-1875) was known as Legs of Man, so Manx may have been a later corruption of this. Prior to 1863 however the pub was known as The Cricketers Arms. This image dates from the early 1960s when The Manx was clearly a Barnsley Brewery house.