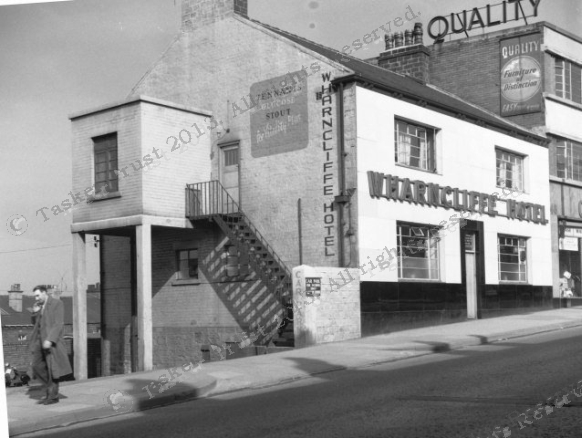 The Wharncliffe Hotel (later Charley's Bar and Baker Street), shown here in the early 1960s, functioned under this name from 1871 to 1973. Two bays with a central entrance doorway, the building had a sturdy and plain appearance, the faced stone painted white. It was named after the local Wharncliffe family who had landed interests in the Barnsley area over many years. Next to the hotel is part of the Quality Furnishers store. The latter, much taller, more modern, overshadows the old building. Note the curious 'annex' appended to the upper gable of the hotel, supported on concrete stilts so as to allow street access.