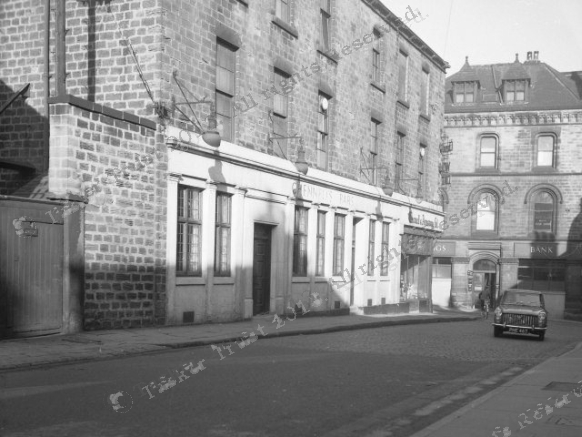 Chennell's Bar (s) occupied a corner position at the Pitt Street (west) entrance into Wellington Street, its extent reflected in the public house occupying six bays. Mr Tasker and in his later book (Vol 2) entries has traced the licensees from the 1830s (William Dandison) right through to the early 2000s (C.Bristowe). In the 1960s the stone facade was rendered with plaster but retained what appears to be the original tall narrow windows. The junction end of the building was used for retail. This image is from the 1960s.