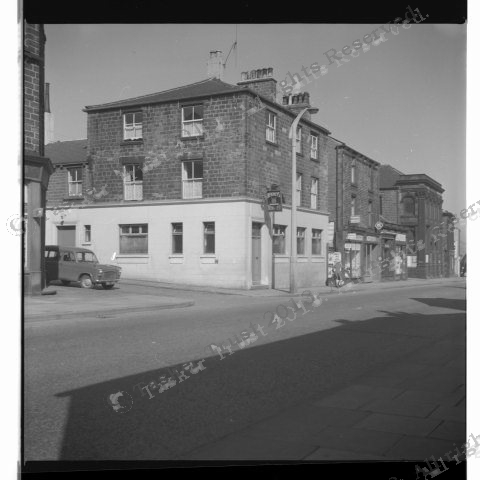 The Old Warrior Inn stood at the entrance into Union Street and indeed was formerly known as the Union Inn. Its new name appears to have been adopted in the early 1920s when Arthur Thacker was landlord. The Warrior closed in 1969. Three storeys and three bays to its frontage, the inn was typical of the large licenced premises established in Barnsley in mid Victorian times, serving passing as well as local trade. The Warrior name is one of the more distinctive inn names known to Barnsley.